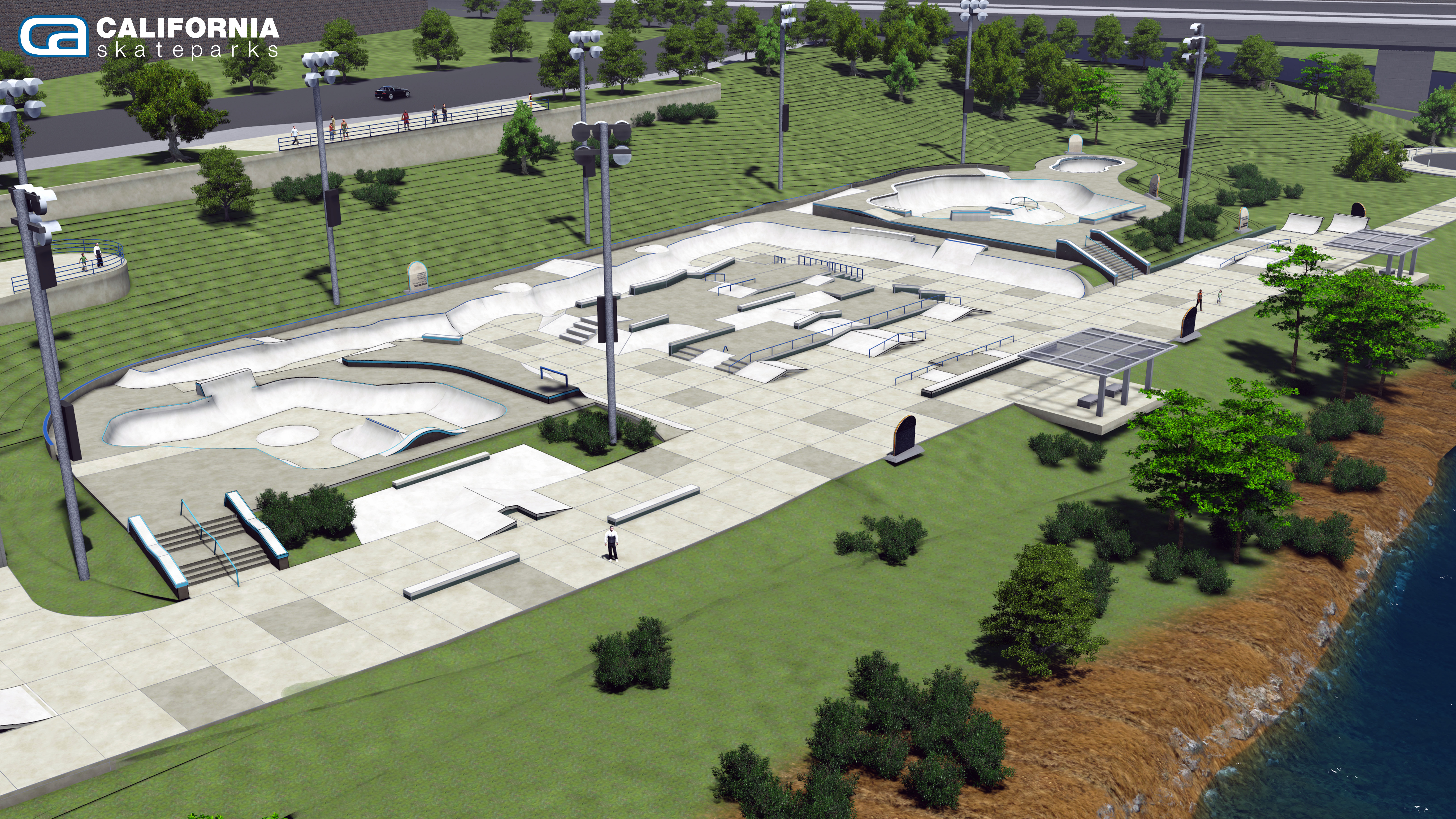 Fundraising for the sharply increased budget for the Lauridsen Skatepark is nearly complete and got a boost with a $500,000 state grant this week, Polk County Supervisor Angela Connolly said today.

The project now is expected to cost $6.1 million due to added work to stabilize the site near the Des Moines River downtown near Wells Fargo Arena, an increase in skating area to make the park the nation’s biggest, and the addition of a spectator gallery in the area closest to Second Avenue, Connolly added. The original figure was $3.5 million, when Nix and Virginia Lauridsen gave a lead gift of $1 million. The tab is up by just shy of 75%.

“The site is difficult,” Connolly said. “We also had to move utilities.” Workers reinforced some of the slope near the park with steel.