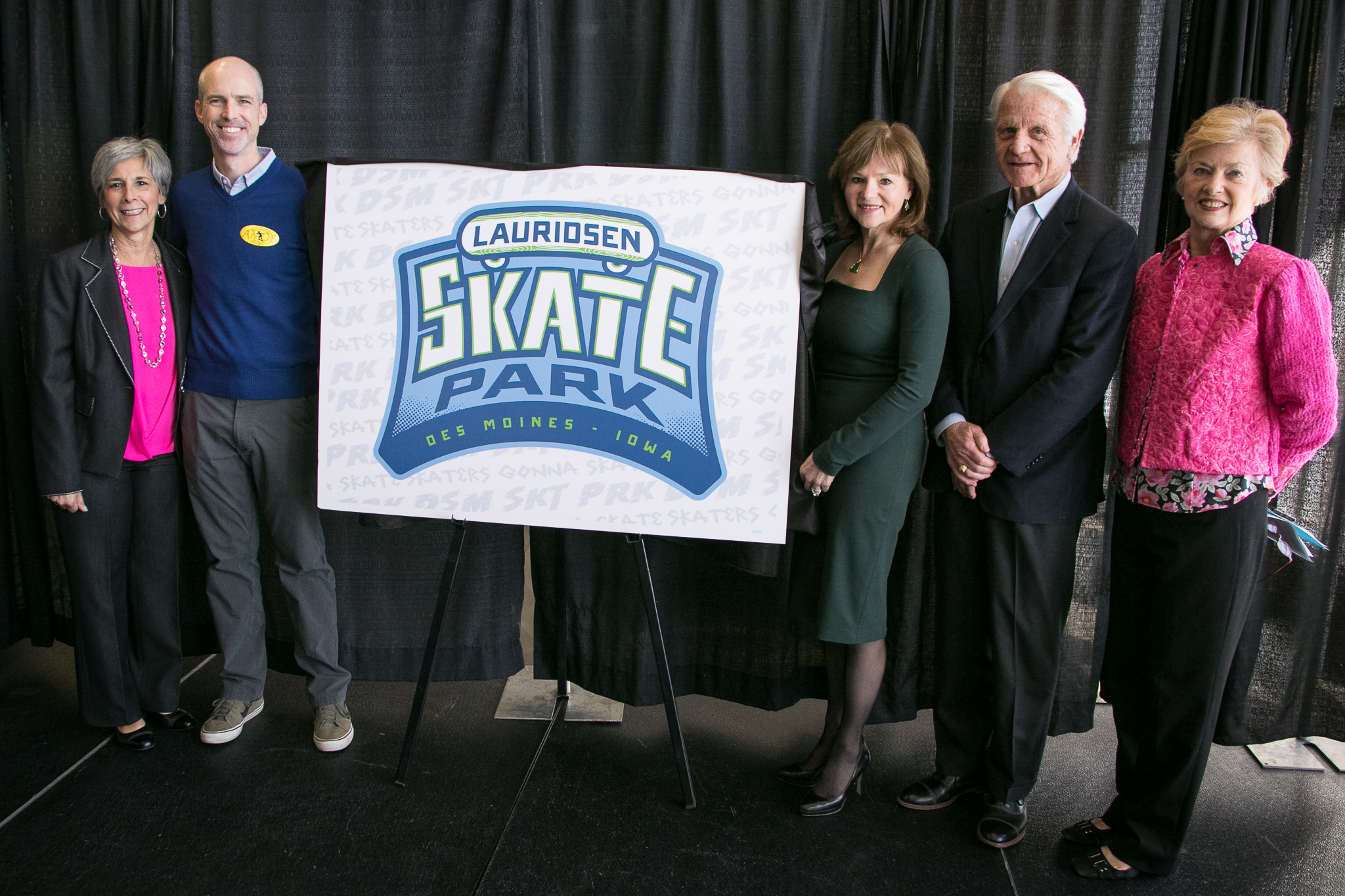 Greater Des Moines benefactors Nix and Virginia Lauridsen — who a year ago donated $1 million to help overhaul the headquarters of the Des Moines Metro Opera — have given the same amount toward the planned $3.5 million riverfront attraction to be named Lauridsen Skate Park.

This has committee co-chairs Brad Anderson, Christine Hensley and Angela Connolly saying they are certain that this quality-of-life project important to attracting and keeping workers — not to mention entertaining us all — is going to happen after more than a decade of talk.

It was Anderson who was talking to Kevin Jones, owner of the East Village’s Subsect Skate Shop, and asked him how the drive was going, and who was fundraising. Jones basically said he was running the show, and plugging away. Anderson, who is a veteran political operative and fundraiser, offered to bring in the heavy artillery — Hensley and Connolly and others — and to set up a firm fundraising plan and schedule.

Now the cash is coming in from multiple sources and the $3.5 million should be in hand by September for the park, which would be north of the Women of Achievement Bridge on the west bank of the Des Moines River. “If we don’t have it done by then, it won’t happen, but we will,” Hensley said. “We have a lot of momentum.”