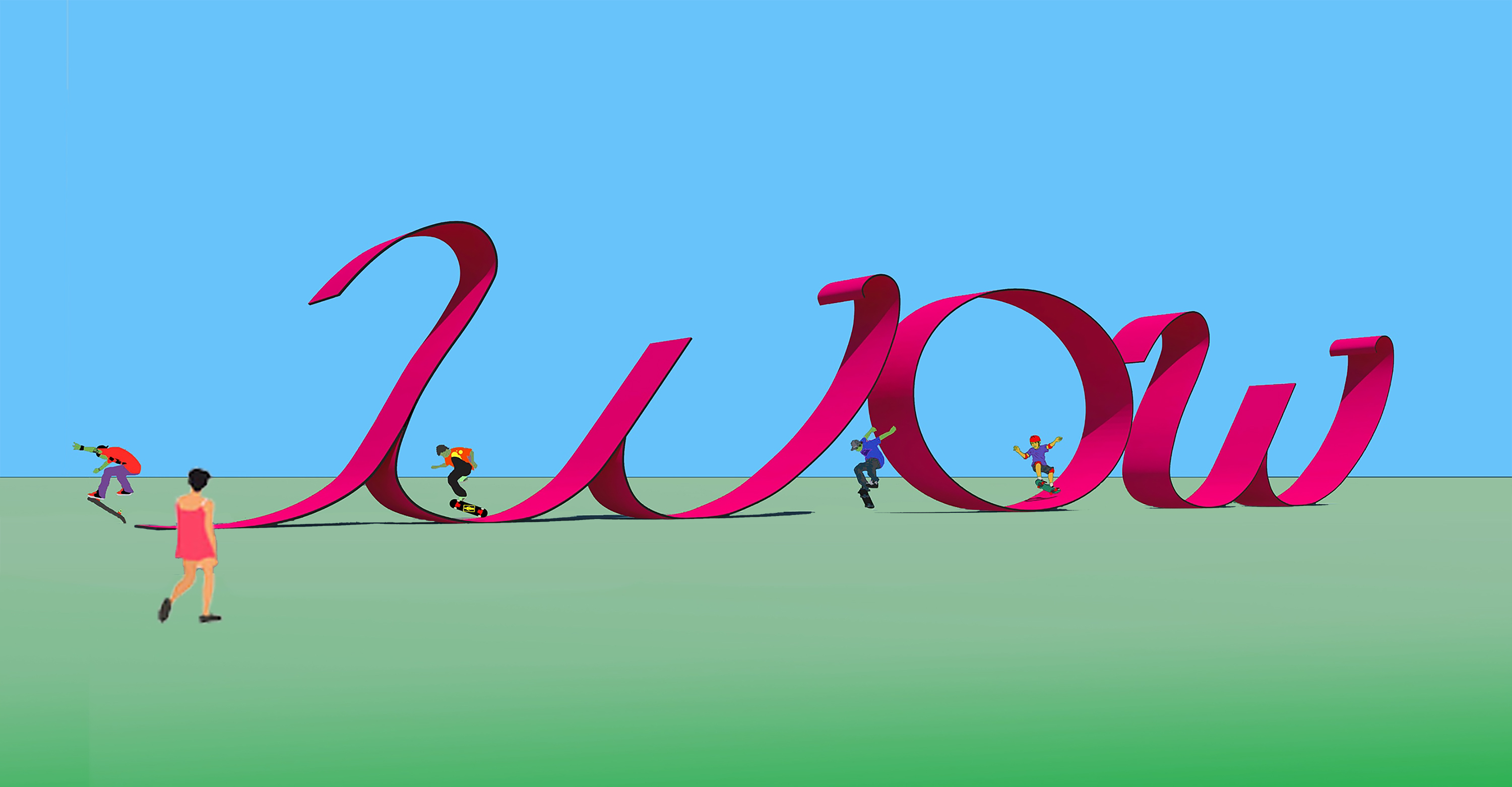 (Photo: R&R Studios/Special to the Register)

The massive art piece would be constructed of steel, painted a vibrant color and spell out the word “wow.” Skateboarders will be able to skate on the curves of each letter.

“WOW” was created by renowned artists Roberto Behar and Rosario Marquardt of R&R Studios in Miami. It is 80 feet long, 12 feet high and 4 feet wide.

It would be located in the center of Lauridsen Skate Park, pending approval by the Des Moines City Council and the Greater Des Moines Public Art Foundation.

The artists wanted to create something that would mimic the waves of the river and be attractive to skaters and non-skaters alike, said Rosario Marquardt in a video explaining the piece.

“Also, we think the sculpture itself embraces the idea of skating. Because that is the excitement of skating that you say ‘wow!’ when you skate the sculpture,” she said.

It’s massive size could be seen from the river, Second Avenue, the Principal Riverwalk, the Historic East Village and from Interstate Highway 235. 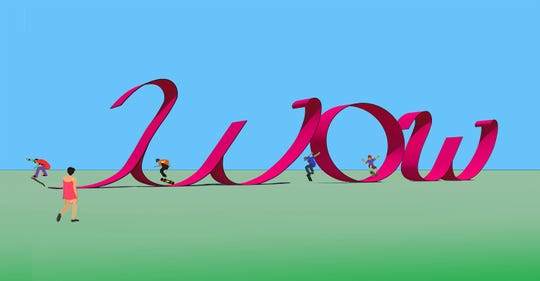 A skate-able sculpture is proposed for the new Lauridsen Skatepark in downtown Des Moines. (Photo: R&R Studios/Special to the Register)

“‘WOW’ will become an instant landmark for greater Des Moines and will contribute a sense of awe to the riverfront activation plan,” Kristi Knous, president of the Community Foundation of Greater Des Moines, said in a statement. “As people enjoy our region, we often hear them refer to our city as one with a ‘wow’ factor. It is exciting to support a bold art piece that reflects the momentum of our region.”

The Community Foundation donated $250,000 for the sculpture.

Supporters broke ground on the Lauridsen Skatepark on Monday, more than 14 years after plans were conceived. At 65,000-square-feet of skate-able surface, it will be the largest in the Midwest and the second largest in the United States.

It’s expected to open next summer.