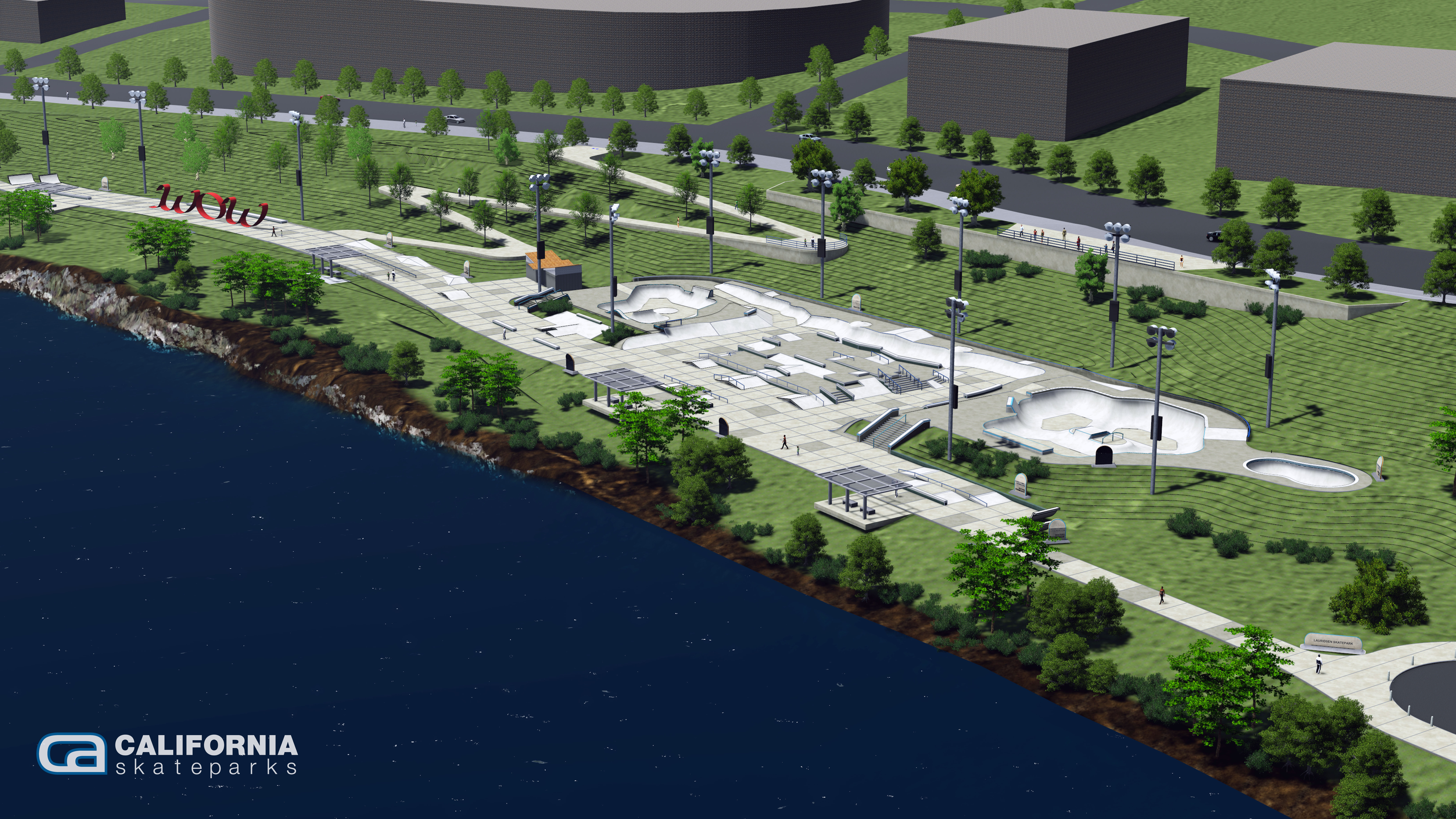 The new skate park along the Des Moines River will now be the largest in the United States.

The final design of the Lauridsen Skatepark puts its at 88,000 square feet of skate-able surface. It beats out the Spring Skatepark in Houston, which is 10,000 square feet smaller than plans for the park in Des Moines.

Construction on the skate park is expected to start this week, once the site is dry enough for heavy machinery. It should be open for skating this fall.

It will be located on five acres of riverfront property just northeast of Wells Fargo Arena near Second Avenue and School Street.

Original plans for the Lauridsen Skatepark would have made it the country’s second largest at 65,000 square feet, but design details related to the space and topography of the site pushed it over the edge, said Chris Hensley, co-chair of the group organizing the project.

The final design also coordinates with the Greater Des Moines Water Trails project, which would turn the Des Moines River into a recreational amenity, she said.

“We were so close already, we said we couldn’t imagine not being the largest,” she said.

The final design of the Lauridsen Skatepark in downtown Des Moines puts it at 88,000-square-feet of skate-able space. Read More.