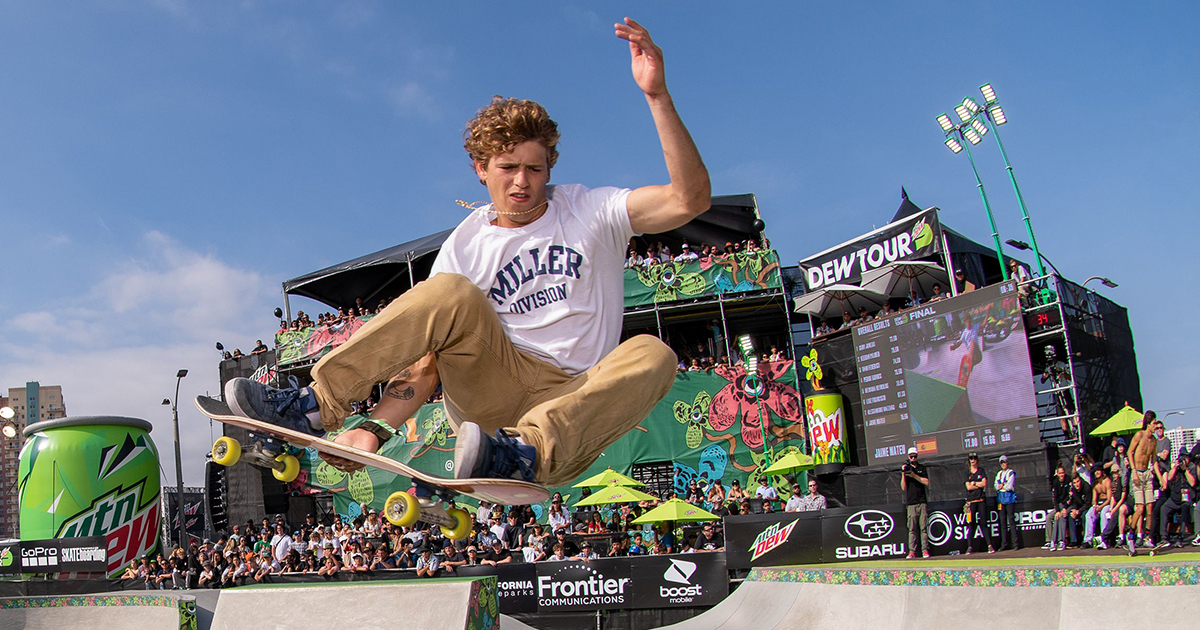 We’re thrilled to release a first look at the Dew Tour Summer street and park setup at the Lauridsen Skatepark in Des Moines, Iowa, where the 2021 Dew Tour will be held May 20-23. Skaters will experience the nation’s largest skatepark, weighing in at a whopping 88,000 square feet, with a few additional course features for an added level of difficulty and creativity. Scroll down below to get the full details on what to expect during the upcoming Olympic qualifying event.

This year, Dew Tour utilizes a pre-existing cement skatepark that’s been in the works thanks to a passionate local skate scene for over the past decade. The Lauridsen street course designed by California Skateparks made the park with professional-level features to host Olympic-level competitions and accommodate amateur-level skateboarders. 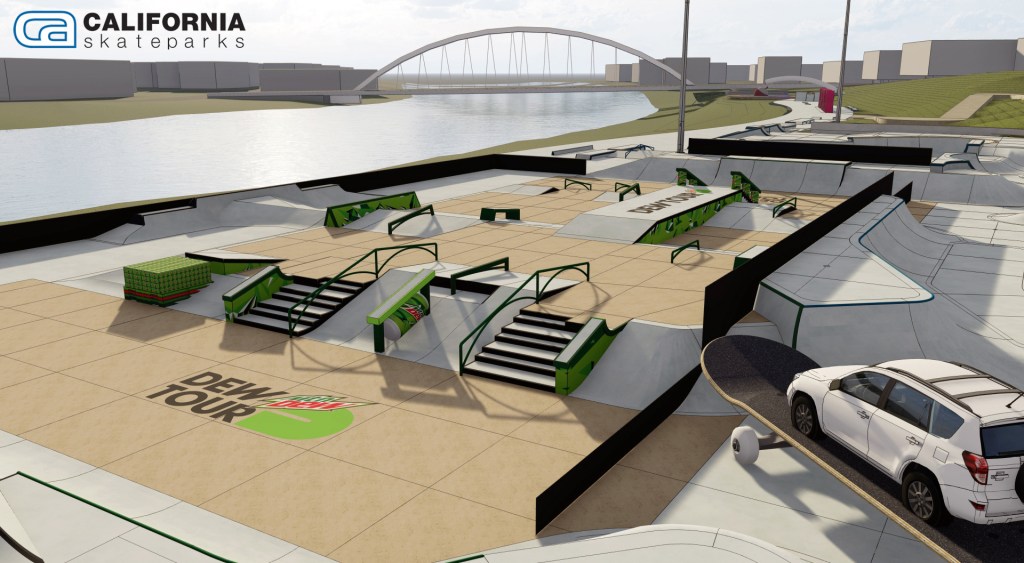 The street details are as follows:

For the Dew Tour competition coming in May, the course will showcase a few additional course features that will showcase the skaters’ abilities, as well as up the level of difficulty. 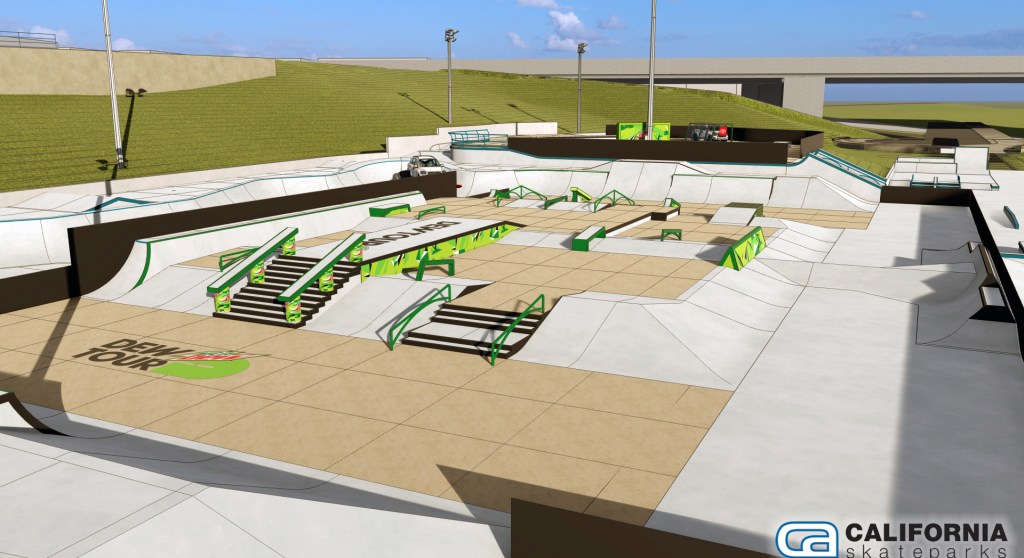 The folks at California Skateparks hooked up Lauridsen with a heavy bowl designed for intermediate-level skateboarders. The bowl features transitions that can accommodate the advanced skaters as they hone in on their tricks, as well as those looking to progress their skill level. 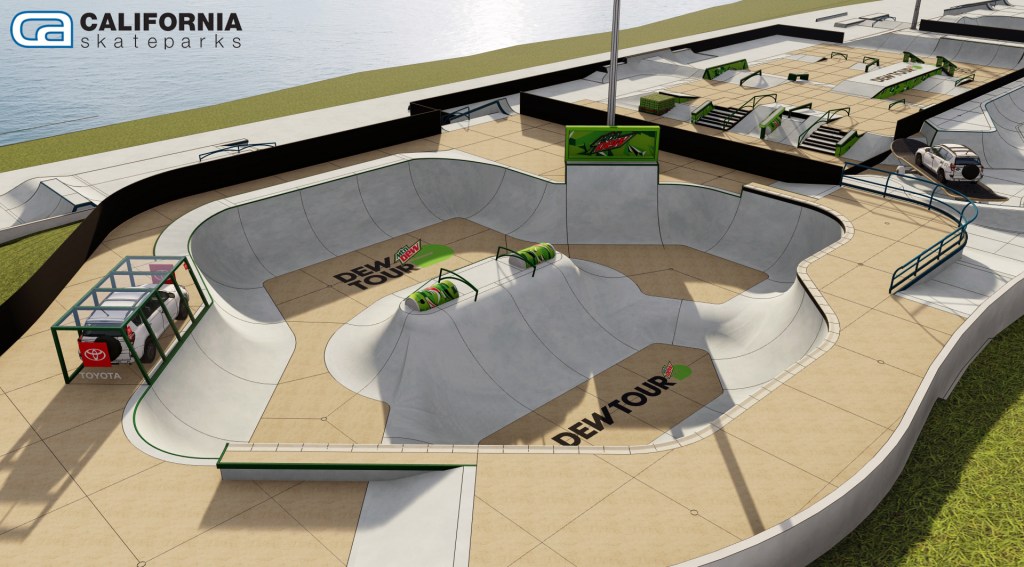 The park terrain details include:

The Dew Tour competition will add on the following features: 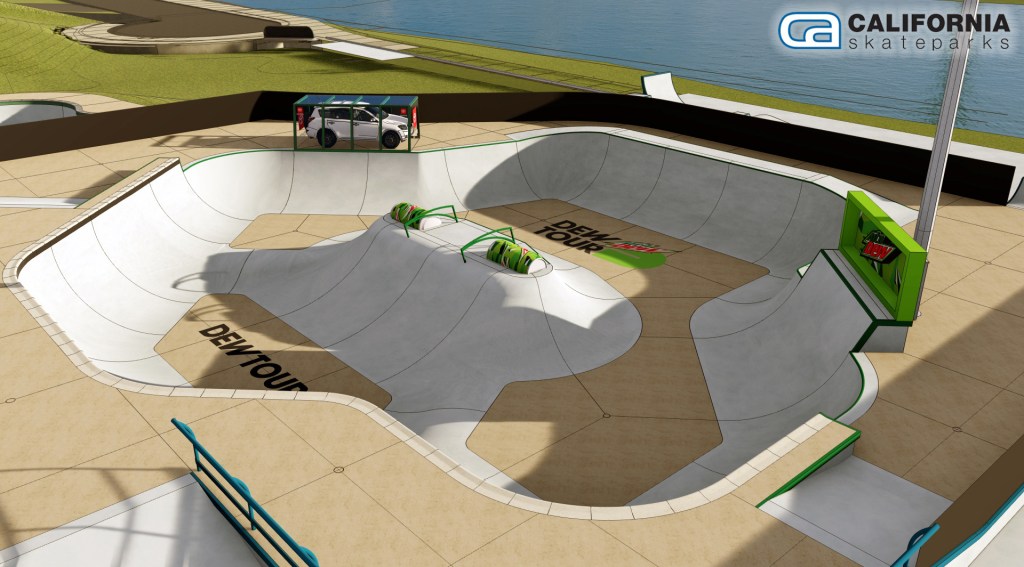 The Dew Tour Des Moines competition will be livestreamed in its entirety on DewTour.com, Facebook Live, YouTube, and other major platforms starting on Wednesday, May 19th through Sunday, May 23rd. Stay tuned here at DewTour.com for more updates.